Why am I doing it? I’m still not 100% sure, but I’m definitely hooked. I think at some point I came across several articles stating the miracles of ACV [apple cider vinegar] and I thought, “Why not give it a shot?” 30 shots to be exact – a shot a day for an entire month.

From weight loss to lowering cholesterol and preventing heart disease, the health claims are certainly alluring for anyone to want to give it a try at least once. 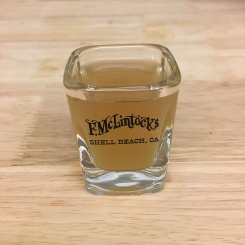 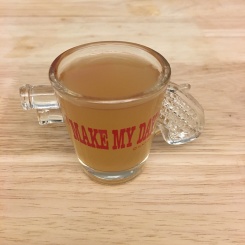 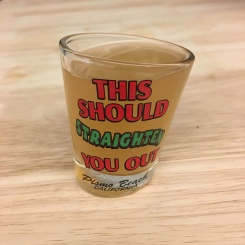 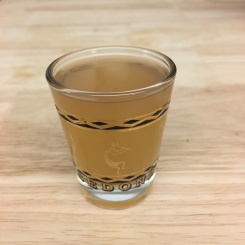 After 30 days, it’s hard to say exactly just how beneficial ACV truly is, but I can say with confidence that I plan to continue a shot a day…possibly for life. The initial shock on my tastebuds wore off within a week’s time and now I genuinely look forward to my daily shot. I took my shot generally around mid day, after lunch, when I was feeling sluggish and needed an energy boost. The ACV provided me with that extra kick that I needed to get through the rest of my day. Also, it felt most satisfying after a heavy meal – as if it boosted my metabolism. If I took it on an empty stomach or after a light snack, it curbed my appetite and I did not crave food as much afterwards for a couple of hours. But be warned, for some people, the ACV can feel harsh on a completely empty stomach so I recommend at least waiting until after breakfast to take it. Another thing I noticed was that it gave my skin a smoother, clearer, glowing complexion.

Love it? Hate it? Dying to try it? Let me know if you have tried a shot of day!

Whatever the real benefits might be, ACV put me in a mindset that pushed me to continue building healthier habits for my body. My next challenge will be a gallon of water a day…stay tuned.